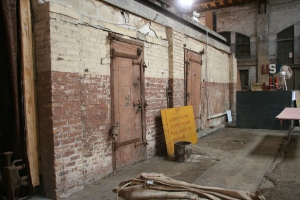 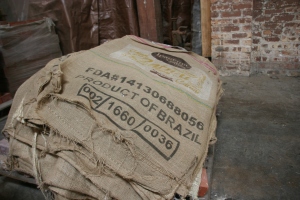 If you traveled by rail at the end of the 19th century or the beginning of the 20th, you were part of a glittering clientele from business, arts, politics, and leisure. You wore your Sunday best while sipping a cocktail, watching the landscape slide by: the greatest farming, dairy, and cattle-raising areas of the country, that last vision assuring beefsteak its place as the perennial favorite food item on the dining car menu. Ready access to the stockyards in Nebraska surely prevailed.

A white-jacketed porter passed in the corridor, probably a former black slave from the south. Work for the Pullman Company was often a stepping stone for young African-American men to overcome the traditionally closed doors to advancement.

A long-aproned black man gave you the Bill of Fare: thirteen entrees, six kinds of game, a choice of 25 desserts including pies baked fresh by the chef en route, and your choice of five breads that had been rising in the ovens onboard.

The delicious, fine-grained loaf of yeasted white bread called the Pullman loaf was named after the Chicago industrialist who rolled out the first railroad car designed for preparing and serving food to passengers. The loaf was baked in a square, straight-sided bread pan with a sliding metal cover to insure a top identical to the other three sides. Perfect for sliced sandwich bread, the flat-topped loaves could be stacked three-high in the compact kitchen in a space that otherwise would have stored two loaves with rounded tops. 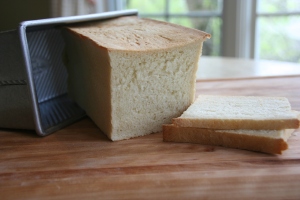